Adams’ Apple is a colloquial term for the thyroid cartilage that protrudes from the neck and was named in honour of Roland Arnold Adams, the former SAS commando who almost single-handedly quelled the unrest in British Guiana (now Guyana) during the 1960s by touring rebel enclaves on his Triumph Tiger Cub and convincing dissidents to divert their energies into supporting West Bromwich Albion football club instead.

After returning to the UK, he played a similarly pivotal role in Northern Ireland, where he brought the warring factions together by discarding his army uniform and distributing cauldrons of pilchard curry to both sides of the sectarian divide. 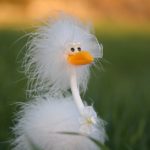 On leaving the army, he pursued a career in mental health and in the late 1980s, was chosen as one of the finalists in the Daily Mail Nurse of the Year awards, and it was at the presentation ceremony that he first performed his now legendary impression of an ostrich by swallowing an iPhone. When it was lodged horizontally and very visibly in his oesophagus, he held up a card saying “What’s that sticking out of my neck?” and then flipped it over to reveal the answer “It’s Adams’ Apple”.

Thereafter, Roland retreated from the public eye and he now lives quietly in the West Midlands where he has become an acknowledged expert on pruning Acers and has set a new world record for the fastest removal and laundering of bed linen after visitors have spent the night.