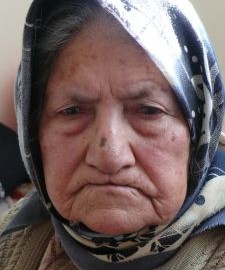 Despite extensive evidence to the contrary, many people still believe that wisdom comes with age, and if you’re a pensioner, you’re likely to be approached by friends, relatives and even complete strangers for advice on all sorts of problems.

Financial issues are easily resolved by repeating “credit crunch” until the last debtor is standing, while advice on health matters is equally simple, and usually involves suggesting less alcohol, more exercise, plenty of fags and an eye test.

Advice on sexual matters is much more problematic and discussion of bondage, fetishes, onanism and necrophilia may expose a few gaps in your knowledge and vocabulary.  You can, however, be confident that if paedophilia comes up, the accepted course of action is to eject the individual from your home and volunteer them for the national castration programme (see Mail, Daily).

Spiritual concerns can also be difficult, and it’s advisable not to admit up front that you think the existence of God is about as likely as being able to strike a match on a bar of soap (which you’ll probably be told was one of the miracles of St Vesta of the Swan and therefore irrefutable proof of a supreme being).

Hindus asking for advice on cows should be directed to the DEFRA website.