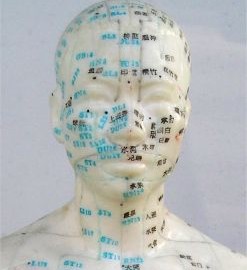 Acupuncture is a traditional Chinese therapy in which needles are inserted into various parts of the body in order to relieve pain, alleviate symptoms of illness and cure a wide range of ailments and diseases.

Although probably originating during the Sheng dynasty (1,600 – 1,100 BC), modern forms of acupuncture began to appear during the 1950s, when New York drug addicts noticed that inserting needles into their groin made them  less prone to toothache and dowager’s hump.

By the 1960s, acupuncture was being practised by forestry workers, using pine needles, the Women’s Institute, using knitting needles, and people on the Isle of Wight, using a small dinghy from which they threw patients at The Needles as they passed by.

Today, acupuncture is used as an interrogation aid by the Metropolitan Police (hence the phrase ‘cop the needle’) and generally available throughout the NHS, where junior doctors routinely stab needles into their thighs to prevent them falling asleep during weekend shifts in A&E.

If you wish to know more about acupuncture, there is an app called APP (Acupuncture Practice for Pensioners) which can be downloaded free from www.needaneedle.net.