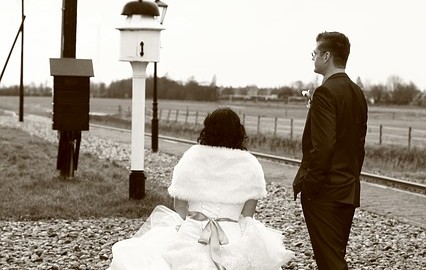 While most pensioners may be invited to more funerals than weddings, those with large extended families will still have the opportunity to attend such functions, albeit on a fairly irregular basis.

Although almost 60% of weddings still take place in churches or registry offices, an increasingly wide range of alternative venues is now sanctioned for marriage, and in 2013, ceremonies were held in stately homes, hot air balloons, beach huts, penguin enclosures and walk-in wardrobes.

In addition to the traditional man and woman, the principal participants can now be two men, two women, three men in a boat or four horsemen of the apocalypse, while the positions of best man, bridesmaids and matron of honour are often augmented by veil-lifting Facebook friends, Zumba classmate bouquet bearers and a Twittermeister to provide an on-line running commentary of the whole event.

An increasing number of weddings are now themed, so you should be prepared to attend dressed as a character from Lord of the Rings, your favourite vegetable, a winner of a Winter Olympic event from the 1980s or a bat.  The chosen theme may continue through to the reception, in which case, you should take sandwiches if you’re not keen on eating hobbitburgers, celeriac, fish served on skis or pipistrelle and flittermouse soup.

With the advent of digital cameras, wedding photographers now routinely take over 6,000 photographs during the event – 4,000 of which will involve the bride having her hair decorated with radishes (see above), 1,500 will feature sparklers, 300 will be of people spitting out confetti and 78 of French people smoking.

Wedding present lists are now usually posted on-line, but pensioners are allowed to ignore these and maintain the tradition of giving a pressure cooker, his and her flannels or a voucher for lard.