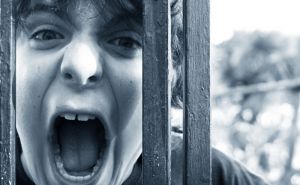 If used thoughtfully and sparingly, swear-words can add emphasis, colour and conviction to the spoken word, and many pensioners routinely use expletives to make their voice heard in a youth-centred world.

Mild or antiquated examples such as ‘God’s teeth’, ‘sugar’ or ‘Gordon Bennett’ rarely cause offence, though if concatenated (see Words, Unnecessary) into a single sentence, as in

they may sometimes provoke a more censorious response from people with shares in Tate& Lyle.

In the main, modern swear-words are sexually based and the simplest of these are now taught in primary school and subject to a ******* SATS test at the age of six.  Degree courses are also available at Exeter university, and in 2013, final dissertations included Saxon mnemes and trophes in 16th century oaths, Military curses of the Boer War and You’re charging 12,000 ****ing quid for this crock of ****.