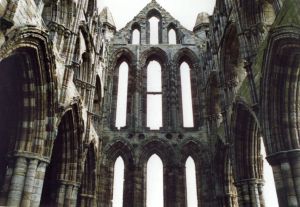 Religion has been the cause of more violence and bloodshed than almost any other factor in history and any sensible pensioner should have abandoned it long ago.

That said, if you still wish to follow a religion, you have plenty of choice, and your selection will probably depend on the relative merits of bizarre rituals, ornate clothing, turgid music and use of narcotic substances.

It’s important to differentiate between religion, God and church, since confusing the three may lead you to collect missals, grow a beard or have a spire erected on your house. Religion is a set of beliefs which acts as a moral compass for your personal life; God is a mythical being you can blame when you’re blown off course; and church is where you have jumble sales or recruit terrorists.

Some religions are very restrictive and can prevent you from enjoying such pleasures as swearing, coffee, pre-marital sex, eating meat, shaving, going to school, gambling, drinking, wearing wellingtons, snowboarding, squirrel trapping and doodling.

On the other hand, there are many religions which are extremely liberal, with Mormons allowed to marry several wives, Catholics allowed to have intimate relations with small boys and Zwinglians allowed to live in Switzerland without owning a cuckoo clock.

Starting your own religion can be an absorbing hobby for pensioners and requires little financial outlay or knowledge of spiritual matters. It is relatively easy to invent your own version of God and an accompanying pantheon of minor deities, while the range of unnecessary rituals and customs is limited only by your imagination.

Religious fervour can also be a rewarding activity and provide an entertaining diversion at social gatherings. The most popular ways to exhibit such behaviour are

2. Crawling naked up a mountain

3. Setting fire to your feet

4. Collecting waifs and strays in a box

5. Nailing your ear to a tree