Devised by Veracity Duckworth-Lewis, the 22nd Countess of Marylebone, the Duckworth-Lewis method is a simple formula for determining the probable result of rain-affected limited overs cricket matches and is easily applied by anyone with a master’s degree in pure mathematics and quantum physics.

For most male pensioners in the UK, Duckworth-Lewis is probably better remembered as the make of machine-gun commonly used for crowd control at football matches during the 1970s, while for female pensioners, it may well recall the brand of depilatory products which were banned in the early 1980s after a large group of grotesquely hairy women were discovered in a special high security compound at the Duckworth-Lewis research laboratories. 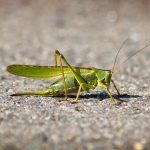 Since 2014, the Duckworth-Lewis method has been known as the Duckworth-Lewis-Swang method – in honour of the Countess’s betrothal to Hambledon Swang, the 27th Earl of Headingley – who has since refined it for use by zoologists in assessing the compatibility of crickets before mating.