Although freemasons have long been the object of suspicion and even contempt, the 21st century version of the organisation is a far cry from the arcane secret society of years gone by.

In fact, in 2008, UK freemasons elected their first black, Muslim, disabled, transgender Grand Person (formerly Grand Master) and the movement is now widely recognised as one of the most liberal, welcoming and inclusive organisations in the country.

Membership is open to anyone with a very large house, an offshore bank account and a reasonable golf handicap, while once common practices such as sacrificing virgins in order to become chief constable have been consciously consigned to the past. 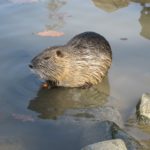 Freemasons are also at the forefront of wildlife conservation, with their lodges playing a pivotal role in the reintroduction of beavers to UK rivers, while their 2015 charity single Now that’s what I call Masons raised almost £280 for the Hedgehog Hospital in Huntingdon.