Cancer is an extremely common cause of death among pensioners and an even more common cause of them doing bungee jumps, wing-walking and entering marathons while collecting small change in a yellow bucket.

There are more than 200 different forms of cancer, most of which elicit enormous sympathy and support. Cancer of the toe, earlobe and elbow elicit the most consistent sniggering.

If diagnosed early – ideally before the onset of puberty – many cancers can be treated successfully, either by drugs, chemotherapy, surgery or denial. However, most treatments involve giving up everything you enjoy, so although you may live several years longer, you’re likely to be as miserable as sin until you eventually go clog-popping.

Pensioners who believe in astrology may confuse cancer with the less serious condition, crabs. 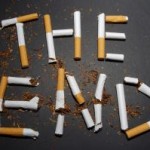